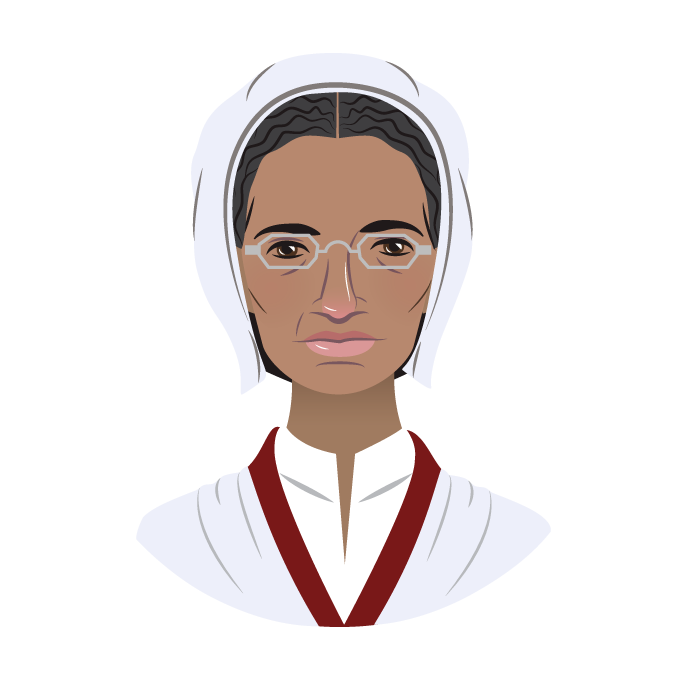 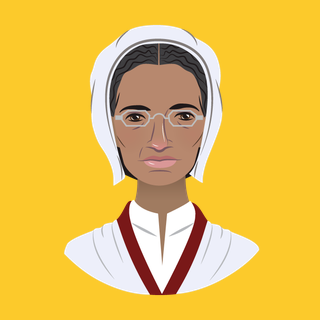 Sojourner Truth's given name was Isabella Baumfree, and she was born into slavery. Growing up she was sold three times and worked for four masters. The second being cruel and abusive, beat her on a daily basis. But at the age of twenty-nine she escaped to freedom from her last owner with her fourth infant child. Truth had to leave her other children behind because they were not legally freed in the state's emancipation order until they reached their twenties.

A year after the New York State Emancipation Act was approved, however, Truth learned that the son she left behind was illegally sold to an owner in Alabama. She took the issue to court and after several months was reunited with her son. It was the first time a black woman won a case against a white man.

After some life-changing religious experiences forty-six year old Truth became a Methodist and changed her name. On a mission, she started her journey through the states, speaking about the abolition of slavery and subsequently embracing women's suffrage. Whether she was accepted or not, Truth continued and established her reputation as an eloquent public speaker.

Sojourner Truth was not afraid to speak out and defend the rights of African-Americans and women, even though she was at a disadvantage. Truth's actions, writings, and lectures are proof on how tirelessly she fought against injustice during the 19th-century.

In 1850, Sojourner Truth bought her first home for $300. As a nationally known speaker she was able to pay off her mortgage with the earning of her autobiography, "The Narrative of Sojourner Truth: A Norther Slave."