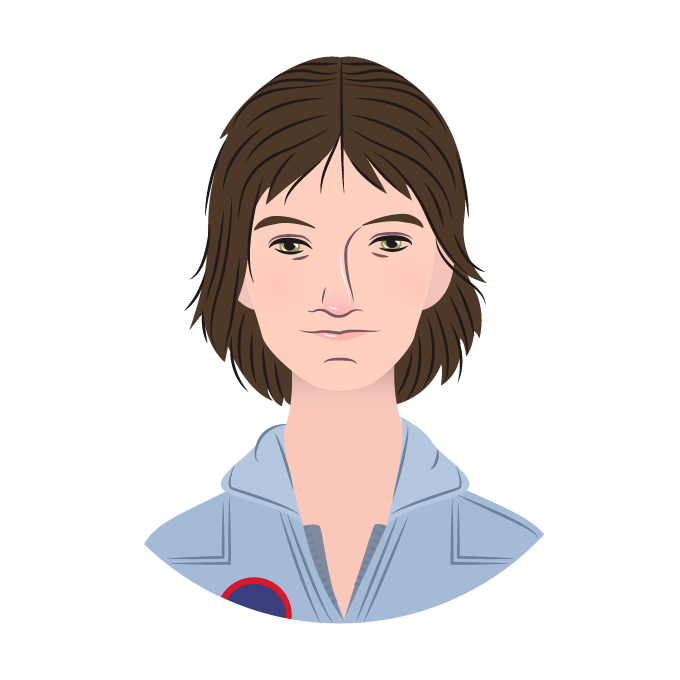 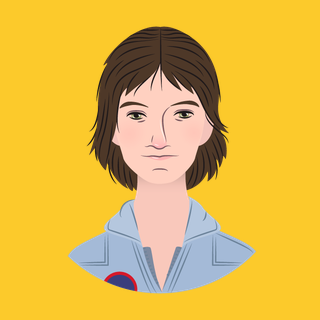 Sally Kristen Ride's interests were both in academics and sports. As a child she loved playing with her chemistry set, telescope, and even tennis. By the time Sally was a teen she was a nationally ranked junior tennis player and could have gone pro, but instead decided to pursue an education in English and physics at Stanford.

While finishing up her Ph.D. in physics Sally responded to an ad NASA placed in the university's newspaper recruiting scientists and engineers, including women, for the new Space Shuttle Program. Out of the eight thousand applicants thirty-five people, including six women, were selected to be in NASA's astronaut corps. From 1978 to 1982 Sally trained, helped develop space shuttle Columbia's robotic arm, and became a communications officer for STS-2 and STS-3 missions.

In 1983 she was selected to be a mission specialist for the STS-7 mission aboard the space shuttle Challenger. Beginning one of six woman astronauts and the first American woman traveling to space, Sally encountered a lot of discrimination. But she always saw herself as an astronaut and equal to her peers. The following year Sally once again took flight, and was assigned to a third mission in 1985. However, after Columbia's tragic end STS 61-M was canceled, and she was appointed to help investigate the disaster. Shortly after, Sally was assigned to a permanent position in NASA headquarters where she produces a renowned report of America's future in space and founded NASA's Office of Exploration for long-range planning. Over the course of her astronaut career Sally logged in a total of three hundred and forty-three hours in space.

Sally Ride set out to inspire and cultivate young minds in the fields of math and science. After retiring from NASA in 1987 she continued to stay active in the science community, and became a university physics professor, and director of the California Space Institute. She also lead two outreach programs for NASA and started her own company that supports and sustains kids', particularly girls, interests in science, technology, engineering, and math.

Sally did not intend to be a role model or trailblazer, but becoming the youngest American astronaut and first woman in space she quickly realized the importance of her new responsibilities. She wanted to use her high profile to advocate the importance of cultivating future scientists and engineers in the United States through better education in science.

When Sally was selected as an astronaut for the STS-7 space shuttle mission she was often bombarded with offensive questions by the media because she was a woman. The two most absurd being if "the flight would affect [her] reproductive organs", and if she "weep[s] when things go wrong on the job". She maintained her composure and demonstrated that gender had nothing to do with one's qualifications.