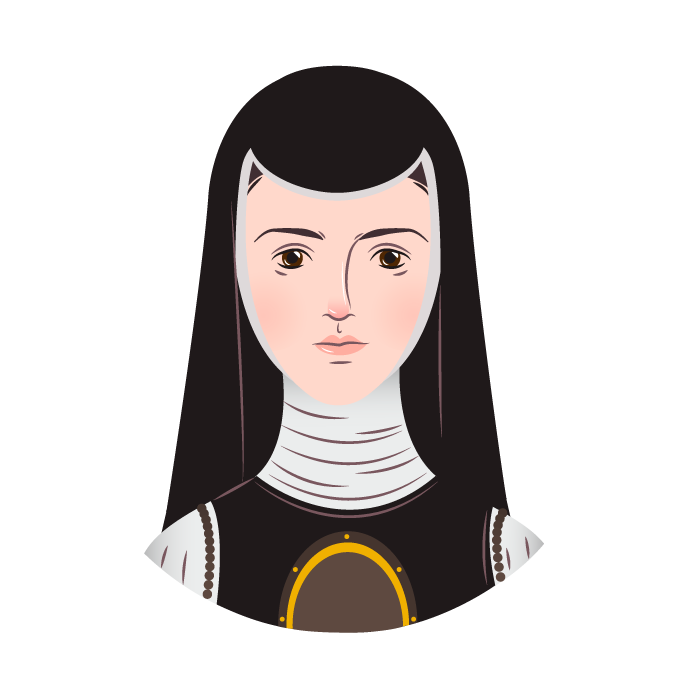 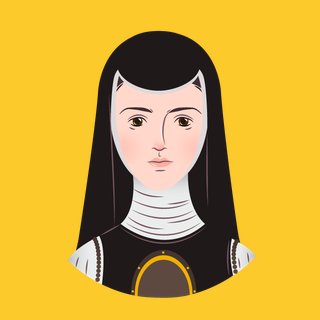 Growing up Juana loved sneaking into her grandfather’s hacienda chapel to read and study his books. Her enthusiasm for learning only increased and by the age of eight had already composed a poem on the Eucharist and yearned to go to the university in Mexico City disguised as a male student. Her family refused her request, but Juana continued her private studies and eventually became recognized as a child prodigy.

At sixteen she is presented to the viceregal court in Mexico City and serves as a maid-in-waiting for five years. During her time there the court sought to test her intelligence against a panel of scholars specializing in theology, philosophy, mathematics, history, and poetry. Juana quickly put their doubts to rest by demonstrating great skill in answering questions and explaining various points unprepared. Juana’s performance became known throughout Mexico, increasing her popularity and attracting many suitors. However, because her interests only included pursuing knowledge freely Juana decided to enter a convent and become a nun.

As a nun Juana was able to accumulate a large number of books, scientific instruments, and maps. Besides focusing on her studies she also held intellectual meetings, and wrote poetry and plays ranging from secular and non-secular subjects or unlimited genre, which was uncommon for a nun.

As her reputation increased, so did the disapproval of some political and religious figures. Her views did not match with that of the church, and in turn she was attacked and pressured to stop her studies and writings, and focus on the rolls of a nun. Juana justified her secular studies and defended the right of women obtaining an education, but in the end her self-defense caused controversy and was pushed to retract her response and sell all her books and scientific instruments. Four years after giving up her studies and writings Juana dedicated herself to religious duties. And while tending to infected nuns during a plague, died herself.

Juana Inés de la Cruz demonstrated a strong sense of independence during a male-dominated society that restricted women from an education. She wrote of the difficulties a woman faced when trying to pursue academic and artistic fields and believed no one should be derived from an education. It wasn’t until three hundred years after her death that her creative spirit and contributions were recognized.

Even as a child Juana was very self-disciplined, and initiated an unconventional study regimen for herself. In order to learn lessons faster, she would inflict punishment on herself by cutting off her hair if she was unable to reach her goals within a certain period of time. Juana Inés de la Cruz viewed knowledge as a better embellishment than hair.