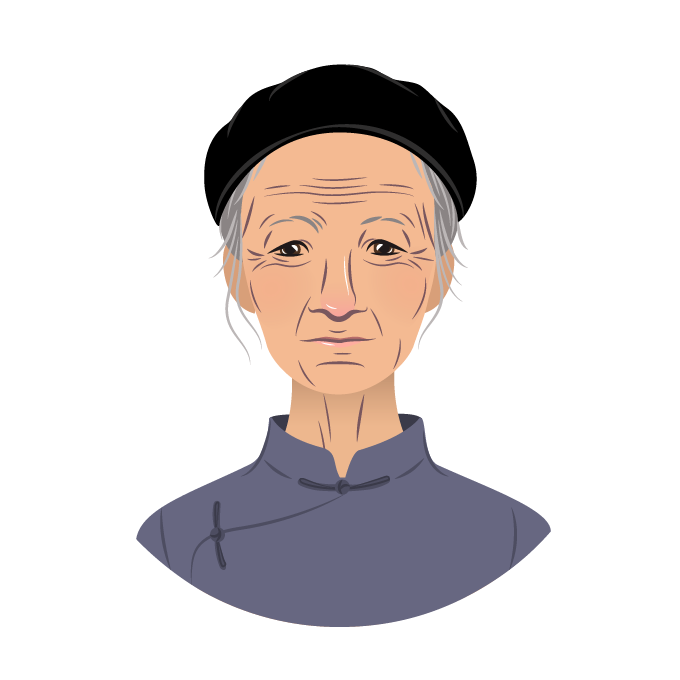 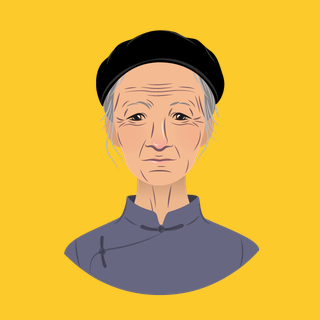 Huanyi's China was one of transition from a time when women were property and typically not provided with education for the sake of equality. She was fortunate enough that her father, a doctor, viewed writing as a sign of strength and success and encouraged her to learn to read -- essentially a daughter who could read was a status symbol for the family. In 1912, a woman learning to read and write was considered a useless skill, therefore expensive and luxurious.

Jiangyong County was mostly rural and its traditional separation of genders fostered the creation of the Nǚshū language. Nu(女 - woman) Shu(書 - writing) came about as a way of communication for the local women, who were not able to learn to read and write due to either social isolation (they were property, after all) or lack of access. Since mothers spent much time with their daughters even after their sons had begun spending time with their father, the language and script evolved naturally into a being a tool for women.

By the early 20th century, the new Republic of China had formed and began standardizing the pronunciation of the Beijing dialect into what we call Mandarin today. The urban areas were working toward standardizing, but that didn't travel very far and the Yao and Xiang people of Jiangyong were still speaking their own dialect. Essentially there was no standard way of writing the pronunciation system for that local language, now usually called Xiangnan Tuhua. The Nushu "language" was actually just a verbally stylized form of that local dialect with a set of characters created for those corresponding sounds. While Chinese characters are a vast array of words, a character (or two) per word, Nushu approached the local dialect in a way similar to what Korean or Japanese languages do: syllabically – abstracting the language to its core parts.

By the time Huanyi was old enough to learn it, Nushu had been present long enough that the women who knew it would charge a price per word or per song to learn it. She worked to pay for the education and relished it. She learned alongside Gao Yinxian and later formed the group known as the "Sworn Sisters". The name sounds like a secret spy group, passing these messages in code back and forth with hidden messages. At one point the Republic of China had some concern it was exactly that, until they investigated. In reality, the Sworn Sisters were a group of women who simply loved the Nushu language and wanted to learn and contribute to it to their fullest ability. It wasn't secret at all at first. The men of the area knew of the language and writing, they saw it as unworthy of their time and improper in comparison to the local pronunciation or the Xiang language common to Hunan Province.

What makes Huanyi a heroine isn't so much that she was the last living speaker of this dying language, but rather her tenacious interest in preserving it. During the Great Proletarian Cultural Revolution, which is part of the creation of the modern Chinese government, the public was on fire for the ideals of a new progressive society. Nushu was considered a primitive and dirty dialect that violated those ideals. The women of the late 1960s and 1970s that still used Nushu were criticized and even arrested. When scholarly interest in the language in the 1980s came about, most women that knew it had stopped using it publicly. The sworn sisters, who were the most fluent, had all continued practicing and kept the language alive among themselves.

Yang Huanyi and her fellow "sworn sister", Gao Yinxian, contributed massive amounts of texts and articles, helping translate them for the Chinese scholars that took interest in the 1980's and 1990's. They helped preserve this ancient language that communicated the hopes, fears, joys and losses of women for at least a hundred years, and some even speculate it could be ten times older.

Nüshu characters are considered a variant of Kaishu characters, with the exception that some have been substantially modified to better fit embroidery and stitching.